As the meeting continued, and her task list grew, Ellie got anxious. Making any changes so close to the demonstration was risky at best. But the number and complexity of these changes meant that she would be working long hours under pressure. So she spoke up. "I'm getting a little worried," she began. "This is a lot of work, and it has to be done right or we could be in trouble." 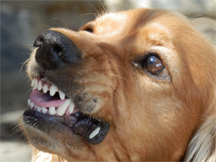 Warner didn't miss a beat. "We'll be in bigger trouble if it doesn't get done."

Threatening was one of Warner's favorite tactics, and Ellie had had enough. So she called him on it. "Oh? What kind of trouble?"

Ellie and Warner were now officially in a tangle — one of the many serious consequences of using threats as a tool of influence. Their relationship had been in tatters for a while, in part because of Warner's persistent use of threats.

Eroded credibility
To maintain the credibility of the threat tactic, occasional demonstrations are necessary. But since the goal of most threateners is influence or compliance, and since the threatened typically do comply, opportunities to carry out personal threats are rare. Over time, the threatener's credibility inevitably erodes.
Damaged relationships
Threats erode our sense of safety. They reduce our willingness to disclose anything that might add to our sense of fear. These conditions lead to distrust and speculation, and they make healthy relationships difficult.
Feelings of resentment
When threats are personal, as Ellie experienced with Warren, they can lead to resentment and an I'll-show-them attitude. For instance, the threatened might engage in conspiracies of silence or even of action. Those less comfortable with overtly destructive acts might choose passively destructive acts, such as withholding information about problems for which they aren't directly responsible.
Decline in motivation and creativity
People who feel threatened might begin to husband their output, reserving it for use when they need to respond to the next threat. Certainly the atmosphere on the job becomes unpleasant, and the thrills become hard to find. The threatened often adopt a get-through-the-day attitude.

If you're subjected to threats at work, and you notice the effects on your level of joy, do what you can to lift yourself above it. Recognize the emptiness of the threatener's toolkit, and resolve to find a different way to influence people yourself.

If you use threats now and then, I hope you'll look for alternatives. Or else.

One form of threat people feel comfortable using is the indirect threat. The comfort comes from the ambiguity of the threat; if "caught," the threatener can claim, "Oh, I didn't mean that." Despite the indirectness, the threat is still destructive. For more on indirectness, see "The True Costs of Indirectness," Point Lookout for November 29, 2006.

Responding to Threats: III
Workplace threats come in a variety of flavors. One class of threats is indirect. Threateners who use the indirect threats aim to evoke fear of consequences brought about not by the threatener, but by other parties. Indirect threats are indeed warnings, but not in the way you might think.

Confronting the Workplace Bully: II
When bullied, one option is to fight back, but many don't, because they fear the consequences. Confrontation is a better choice than many believe — if you know what you're doing.

How Targets of Bullies Can Use OODA: I
Most targets of bullies just want the bullying to stop, but most bullies don't stop unless they fear for their own welfare if they continue the bullying. To end the bullying, targets must turn the tables.

Rapid-Fire Attacks
Someone asks you a question. Within seconds of starting to reply, you're hit with another question, or a rejection of your reply. Abusively. The pattern repeats. And repeats again. And again. You're being attacked. What can you do?

Overt Verbal Abuse at Work
Verbal abuse in the workplace involves using written or spoken language to disparage, to disadvantage, or to otherwise harm others. Perpetrators tend to favor tactics that they can subsequently deny having used to harm anyone.