If I normally work in Boston, and Jim normally works in San Jose, and Rachel normally works in Austin, we live in three different time zones. When we talk to each other pairwise, and cite specific times to each other, we have to be careful to avoid confusion. I might decide, for example, to always quote my times in the Eastern time zone. And I might even be careful about saying so: "I'll call you at 10 Eastern." When I'm talking to Rachel, she has to subtract two hours to figure out whether 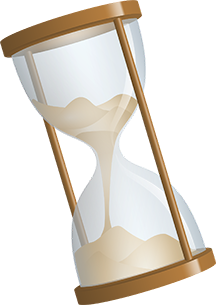 10 Eastern works for her. I have to remember to say "Eastern" and Rachel has to hear it, and remember that Eastern is two hours ahead of her (not behind). If we both do everything right, all is well. Then she has to shift gears when she talks to Jim, because he's in Pacific.

Adopting a convention about how project team members quote times to each other reduces the chances of confusion. If a project team can pick a time zone that will be the project's time zone, and they always cite times in that time zone, life is easier.

There isn't much chance of confusion about time zones in email headers or in software, because most software is aware of the issue and can present times in a variety of formats. The real problem happens in verbal communication and in text that we type into documents and messages. So let's look at how adopting a "Project Time" can save you trouble and reduce confusion.

What is "Project Time"?

"Project Time" is the conventional time zone that everyone agrees to use when communicating with project team members. For example, if most of the team is based in the Central Time Zone, it would make sense to quote all times in Central Time. This does require that everyone learn how to convert back and forth between Central Time and the zone they're in. But that's all they have to learn. Since nobody ever quotes a time in Eastern Time, somebody who lives in the Pacific Time Zone will never have to make a conversion from Eastern to Pacific. If you travel to another time zone away from your home base, you'll have to start to make conversions between Central Time and your temporary base. But that's your responsibility — nobody else's.

Glitches are still possible, even when you decide to have a Project Time. For example, sometimes people work on two or more projects. One project might decide to use Central Time, and another might decide to use Pacific Time. When this happens, the people who work on both projects have to keep straight which is which. To avoid this problem, quote project time by its real name, rather than as "project time." For example, if Project Time is Pacific, say "The conference call is at 10 am Pacific Time," rather than "The conference call is at 10 am Project Time." This makes it easier for people who work multiple projects.

What alternative approaches are there?

There are a few alternatives to Project Time:

If you use the listeners' time zones, you face several problems:

Using your own time zone instead is also problematic:

Both of these approaches are more likely to lead to confusion than using Project Time.

What is Zulu time?

The US Military has had to deal with this same problem for many years. They long ago adopted what they call "Zulu" time. Essentially, Zulu is the time at 0° of longitude, at the Royal Naval Observatory in Greenwich, UK. Zulu time is actually a time called Universal Time (UTC), if you're interested in the technicalities. If your team is international, and especially if you work with the military or if your team spans the prime meridian, Zulu time is a good choice for Project Time. But if nobody on your team actually uses Zulu, it's probably better to pick the time zone that most people use.

You can display a Zulu clock provided by the US National Institute of Standards and Technology.

Questions, suggestions, experiences to share? Nightmare stories you'd like me to add to this essay? Contact me to discuss your specific situation, by email at rbrenfPisQwhtshXzxJVvner@ChacUYLEiQVcXCoqJzufoCanyon.com or by telephone at (650) 787-6475, or toll-free at (866) 378-5470 in the continental US.

Bad boss, long commute, troubling ethical questions, hateful colleague? Learn what we can do when we love the work but not the job.
Resuming a Project?

When you resume a paused project, are you frustrated by the politics? Learn techniques for leaders of resuming projects.
Are You Mired in Meetings?

Fed up with tense, explosive meetings? Are you the target of a bully? Learn how to make peace with conflict.
Full list of my publications
Ebooks, booklets and tip books on project management, conflict, writing email, effective meetings and more.
Free Weekly Newsletter
My free weekly email newsletter gives concrete tips and suggestions for dealing with the challenging but everyday situations we all face.
Catalog of Services
If your teams don't yet consistently achieve state-of-the-art teamwork, check out this catalog. Help is just a few clicks/taps away!