When we "wear two hats" we tell ourselves that both hats fit on one head at the same time. But do they really? What happens if the demands of two roles — or more than two — conflict? What assurances do we have that we're managing the inherent conflict of multiple roles? What risks do multiple roles introduce? Sadly, multiple roles become more common as we move up the management hierarchy in an organization, which means that the risks of

I'll focus in this essay on the effects of multiple roles on project work. People fill multiple roles in many other parts of our organizations, and that discussion is also worthwhile. A study of the consequences for projects is useful, though, because today more and more of our work is carried out in the project structure.

Before we examine conflicts of interest between the roles we find on projects, let's consider the roles themselves. No two organizations run projects in exactly the same way, so the roles listed below might not be found in just this configuration in your organization. Think of these roles as examples. Things might be divided up differently in your organization, so you might have to restructure this discussion to fit your case more precisely. But the basic message about conflicts of interest will still survive. With this in mind, let's look at the four kinds of roles in any project:

However well we might want multiple roles to work, they don't always work well — especially in times of stress. There really is room for only one hat on each head. Let's look at some examples.

Perhaps the most common form of role multiplicity is the "hands-on" project manager. This is a project lead or project manager who's also responsible for some of the work of the project. Organizations are tempted to create and prefer such positions, and managers want to believe that "hands-on" positions work well, for two economic reasons:

The sponsor is also the project manager 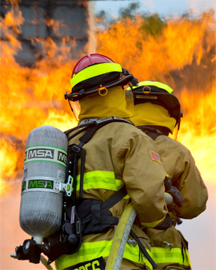 Let's suppose that the project is running late — maybe even in firefighting mode. When the sponsor and project manager are different people, we might expect the sponsor to make demands of the project manager. "Have them work overtime," or "Take time from the test phase" are two common sponsor refrains. The responsible project manager, who understands the true costs of these tactics, can explain them to the sponsor. Together, they can explore other options: outsourcing, slipping the schedule, scope reduction, etc. The sponsor pushes, the project manager pushes back, and then some real creative thinking can happen.

Such a dialog is less likely to occur when the project manager is also the sponsor. When these two roles are played by one person, the most likely dynamic is that one role dominates. Decisions are often either consistently sponsor-favored or consistently project-manager-favored. The chances of a creative compromise of the two positions are small, and the project suffers.

The sponsor or project manager is also a functional manager

Whether it's the sponsor or the project manager who has the conflict, the results are similar, so let's focus on the sponsor case. When the sponsor is also the supervisor of some members of the project team, we have two sources of conflicts of interest. First, the sponsor has a conflict between the duties of the sponsor and the duties of the project manager. Sponsors are held accountable for the delivery of the project within cost and schedule limits. Their interest is in obtaining the functionality that the organization needs, as soon as possible and at a low cost. The functional manager, on the other hand, is more concerned with the development of the staff, and with their allocation. It's the job of the functional managers to manage the development of the people that work for them, and to make certain that their people have what they need to accomplish their tasks.

So sponsors who are also functional managers are responsible for two areas that conflict. Chances are, they will consistently favor either the business objective of the project, or the personal goals of the people they supervise. The chances of creative compromise between these two sets of interests are clearly much greater when the responsibilities rest with two different people.

Second, when the sponsor and functional manager are the same person, the team members have no one to turn to when the sponsor asks for an unreasonable schedule, or when the sponsor provides inadequate equipment or other support. In effect, if a member of the project team were to register a complaint about schedule or resources with the sponsor, they would be complaining to their own supervisor — the very person who is responsible for conducting the annual performance review.

The result is often that bad news is squelched at the level of the project team. Team members are reluctant to carry the news to the sponsor for fear that it might affect their raises, their bonuses, or even their places in line when the next round of layoffs happens.

One sponsor for two projects

When one person is the sponsor of two (or more) projects, trouble can arise when the two projects contend for the same resources. Perhaps the most common example of this effect is the result of contention for the time of one or more members of the project team.

Let's suppose that we have two projects that require effort from Tim and Maria, and that they're both overloaded. When each project has its own sponsor, the respective project managers can sit down with the two sponsors and negotiate a sequencing of the work, or some other alternative, so that Tim and Maria can work reasonable hours. But when there's only one sponsor, that sponsor is tempted, when approached by the two project managers, to say something like:

Or any of the other tired refusals to set priorities. With two distinct sponsors, priority setting is more likely to happen. Once priorities are clear, Tim and Maria can work reasonable hours.

What to do about multiple roles in projects

The simplest way to deal with these problems is to avoid them, by making sure that nobody has two roles that conflict. That means, for instance, that if someone is sponsoring two projects, those projects should not contend for the same resources. But most organizations aren't really sure whether or not conflicts exist, because they haven't been paying attention to things from this perspective. Here's a step-by-step procedure for tracking conflicts.

Once you know which roles conflict, you have a choice to make — how to address the conflicts. You can try to eliminate some of them by swapping roles around, and that's probably a good idea. For the ones that remain, you might just have to live with them for now.

For the future, consider defining some new job classifications. For example, think about eliminating the idea of a "hands-on" project manager. Create a job that's responsible for sponsoring projects — often, this is called a product manager. And if you don't yet have a job category for project managers, think about creating one.

This might seem like a high-cost solution. But it only seems that way, because we don't have accounting systems that break out the true costs of wearing two hats.

Do you want to assess the level of inherent role conflict in your organization? Or do you already know you have a problem, and want to address it? Through consulting or coaching, I can help you to:

I also offer a workshop on this subject, designed to explore this issue and show you ways of managing its effects. Contact me to discuss your specific situation, by email at rbrenfPisQwhtshXzxJVvner@ChacUYLEiQVcXCoqJzufoCanyon.com or by telephone at (650) 787-6475, or toll-free at (866) 378-5470 in the continental US.

Bad boss, long commute, troubling ethical questions, hateful colleague? Learn what we can do when we love the work but not the job.
Flooded by Email?

So buried in email that you don't even have time to delete your spam? Learn how to make peace with your inbox.
Toxic Conflict Is Costly

Fed up with tense, explosive meetings? Are you the target of a bully? Learn how to make peace with conflict.
Full list of my publications
Ebooks, booklets and tip books on project management, conflict, writing email, effective meetings and more.
What People Say About Rick's Programs
Catalog of Services
If your teams don't yet consistently achieve state-of-the-art teamwork, check out this catalog. Help is just a few clicks/taps away!
Are You Mired in Meetings?

Learn how to make meetings more productive — and more rare.
Are your technical presentations off target?

Fed up with tense, explosive meetings? Are you the target of a bully? Learn how to make peace with conflict.
Resuming a Project?

When you resume a paused project, are you frustrated by the politics? Learn techniques for leaders of resuming projects.
Are You an Ace at What You Do?
Exchange your "personal trade secrets" — the tips, tricks and techniques that make you an ace — with other aces, anonymously. Visit the Library of Personal Trade Secrets.