Miguel suddenly realized that they were down the rabbit hole again, debating about the finer shades of meaning of the word "report." Instead of deciding about the severity of the defect, they were arguing — again — about whether it had been reported properly. Miguel could tolerate no more of this. "Hold it," he said. "I don't care about how we found out about this. We have to decide what to do about it." 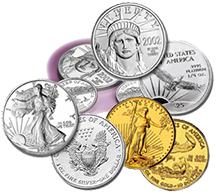 Dennis held his ground. "I agree that we have to act on all properly reported problems. But this one hasn't even been officially reported yet, so…end of discussion."

Dennis might have a point. Or he could be seeking refuge from the problem using a technique sometimes called quibbling. To quibble is to object unnecessarily, or to evade the truth of an assertion by resorting to trivial faultfinding. Sometimes the term refers to petty disagreements about such things as the meanings of words. And sometimes — more interestingly — it's an illegitimate debating technique that leads to poor decisions.

When quibbling happens from habit or by accident, it's relatively harmless, because the conversation partners usually recover quickly and return to substantive discussion, once they realize that they're quibbling or someone tells them so. But disingenuous quibbling is another matter. It can be a deliberate distraction, a protective device, a power ploy, or worse.

Defending against another issue
The quibbler might be trying to halt progress toward surfacing some other related issue. By burning up the group's time and energy on minor details, the quibbler can sometimes prevent exposure of something important.
Impressing the room
Because quibbling usually requires a fine mind and a mastery of words and subtlety, the listener is often confused by the quibble and requires further clarification. This could be a power ploy by the quibbler, because it moves the quibbler to a one-up position — at least temporarily.
"Winning" the point
Winning the point might not be the ultimate objective — it might be a means to another end. For instance, conceding the point might lead to a conclusion that might be uncomfortable for the quibbler, or embarrassing or painful to face.
"Winning" all points
Here the quibbler avoids conceding any point at all, and the motivation is more about winning (or rather, not losing) than it is about winning the specific point. All-points quibblers are more likely to combine the quibble with other techniques, such as interruptions, floor hogging, and multiple rhetorical fallacies.

Assumptions and the Johari Window: II
The roots of both creative and destructive conflict can often be traced to the differing assumptions of the parties to the conflict. Here's Part II of an essay on surfacing these differences using a tool called the Johari window.

Unintended Condescension: I
Condescending remarks can deflect almost any conversation into destructive directions. The lost productivity is especially painful when the condescension is unintended. Here are two examples of remarks that others might hear as condescension, but which often aren't intended as such.

What Do We Actually Know?
Precision in both writing and speech can be critical in determining the success of collaborations in the modern workplace. Precision is especially important when we distinguish between what we surmise or assume and what we actually know.

My blog, Technical Debt for Policymakers, offers resources, insights, and conversations of interest to policymakers who are concerned with managing technical debt within their organizations. Get the millstone of technical debt off the neck of your organization!
Webmasters: Add Value to Your Site!
Pick up the HTML to link to this article in a choice of formats.
Articles
about communications
More articles about person-to-person communication!
Toxic Conflict Is Costly