Creating distrust in oneself is easy — tell a few lies, originate a few nasty rumors, dishonor your commitments, and then get caught at it. But creating distrust in others — and getting away with it — takes real talent, because the obvious ploys often backfire. For instance, telling a lie about someone else might work for a while, but people might someday learn the truth, and when they do, they often realize where the lie came from. 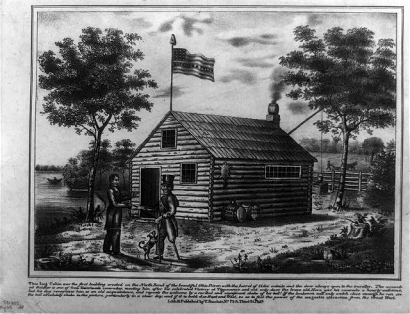 To give people reasons to distrust someone else, and get away with it, you must be in the right place, with the right set of tools, and use a little bit of cleverness.

This essay isn't intended as a handbook for the ruthless, but it's written that way for clarity. I hope that when you sense yourself beginning to distrust someone, you'll suspend judgment until after you determine whether anyone is using any of these techniques, or anything similar. With that cautionary note, here are some methods for creating distrust of someone else. We'll call the target Tom.

Withhold all good news
Repeating any good news about Tom, his accomplishments, or his abilities undermines your goal. Never give your target anything of value for free.
Raise questions
Although questions aren't actually accusations, and therefore need no evidence, they can nevertheless have the effect of accusations. At every opportunity, raise questions about Tom's talents, his situation, his past, his intentions, or his prospects. If opportunities to raise questions don't arise, create some.
Elevate competitors
If any others can do what Tom can do, extol their capabilities. Elevating potential substitutes makes people comfortable with Tom's eventual disappearance or exclusion. Tom becomes less important.
Characterize past events
Minimize Tom's past accomplishments by re-interpreting or inventing history. The elements of the past most suitable for this purpose are those that reside mostly in people's memories, with a minimum of factual evidence to contradict your assertions.
Exploit repetition
Repeat your Although questions aren't actually
accusations, and therefore need no
evidence, they can nevertheless
have the effect of accusationsquestions about Tom, your assertions about his past, and your praise for his competitors at every opportunity. People need frequent reminding and re-enforcement before they can truly internalize your misrepresentations.
Craft a memorable slur
Build a tight connection between the idea of Tom and reasons for distrusting him. A crisp, short slur that captures one or more of Tom's supposed negative attributes makes your campaign "sticky."
Elevate the tempo
Rapid execution of multiple techniques tends to overload Tom's ability to respond with defensive tactics. High tempo also saturates the audience's ability to process your charges and Tom's defenses. After all, everyone does have other things to do.

Most important, limit the effectiveness of Tom's defenses by refuting them in advance. Accuse him of harboring ill will towards you, and characterize his responses as evidence of his vengefulness and defensiveness. That should finish him off. Trust me.

See "When Over-Delivering Makes Trouble," Point Lookout for December 5, 2012, for an additional behavior that erodes trust.

Workplace Politics and Integrity
Some see workplace politics and integrity as inherently opposed. One can participate in politics, or one can have integrity — not both. This belief is a dangerous delusion.

Holding Back: I
When members of teams or groups hold back their efforts toward achieving group goals, schedule and budget problems can arise, along with frustration and destructive intra-group conflict. What causes this behavior?

Holding Back: II
Members of high-performing teams rarely hold back effort. But truly high performance is rare in teams. Here is Part II of our exploration of mechanisms that account for team members' holding back effort they could contribute.

Power Affect
Expressing one's organizational power to others is essential to maintaining it. Expressing power one does not yet have is just as useful in attaining it.

Flattery and Its Perils
Flattery is a tool of manipulation. When skillfully employed, it's difficult to distinguish from praise or admiration. When we confuse flattery with praise, we are in peril.