If you're leading an organizational change effort, you'll have a chance to learn firsthand how difficult it can be. There's a lot of literature about change and change management. But change, even organizational change, happens one person at a time. Here are 15 tips about how people change. Keep them in mind, and you'll find the change leadership experience more rewarding and less frustrating.

Old Status Quo
The initial state of the system, characterized by comfort, familiarity, established patterns, relationships, and routines.
Foreign Element
In the midst of Status Quo, some element emerges that interferes with the continuation of the existing form.
Chaos

Once the Foreign Element is recognized and accepted, the system must abandon the Status Quo. It enters a regime characterized by anxiety, vulnerability, and anger. Performance drops, sometimes dramatically.

For a discussion of the sense of Chaos following September 11, see "Now We're in Chaos," Point Lookout for September 19, 2001.
Integration
One or more Transforming Ideas emerge, and people begin to figure out how to integrate them into the system — how to work with the changed situation.
Practice
People practice interacting with the new reality. They need support and encouragement to sustain the change as they practice.
New Status Quo
Performance returns to previous levels, and may eventually exceed them. People establish new patterns, relationships, and routines containing the Transforming Idea.

For more articles on Change, check out the topical archive of Point Lookout, my weekly newsletter.

The word organization comes from the same root as the word organism, which is "a complex structure of interdependent and subordinate elements whose relationships and properties are largely determined by their function in the whole" [Webster's 9th, Merriam-Webster]. That is, in an organization, behavior cannot be understood in local terms. Everything interacts, and you can't understand it in linear terms. Linear thinking about organizations just doesn't work.

And it's a good thing, too, because every successful change effort exploits the nonlinearities of organizational behavior. Every time we "build momentum" on the basis of a series of small victories, we're using a fundamental nonlinearity of organizations — that small wins multiply into bigger ones. Of course, it works the other way, too — small losses multiply into big ones.

The problem is that we often expect organizations to respond to our change efforts linearly. For instance, we assume that if we follow some series of prescribed steps, we'll succeed. Or we assume that a cookbook procedure for organizational change exists. Or that some consultant knows all the answers. These kinds of approaches nearly always fail.

To succeed, think organically about organizations. Understand that their pieces interact to produce behaviors that are much more pronounced than any of the incremental changes you put in place. Use this force. It works.

Don't expect the organization to move smoothly from the Old Status Quo, through Chaos, into Integration, then Practice, and finally into New Status Quo. It almost never happens that way. There will be false starts and backtracking, and it's inevitable that things that you thought were buttoned down will come loose. Build it into your expectations, your schedule, and your budget. To do otherwise is an exercise in fantasy.

Expect a loss of productivity at first

When you kick off a change cycle, you're introducing a Foreign Element. Chaos inevitably follows. If you've planned the change well, the Transforming Idea is included in your change plan, and you can expect the period of Chaos to be as short as possible — but don't expect it to be shorter than possible. Expect some Chaos. And Chaos depresses productivity. Count on it.

An organization — even an old, stodgy one — is a moving target. However well you think you understand the organization, don't take too long developing your change plan. By the time you get it implemented, the organization might have changed so much that the plan is obsolete.

How long is too long? It depends on your organization. In a dynamic Internet startup, it could be that a week might be too long. For a company in a stable, old-economy industry, six months might be OK. It's best to start at the short end of the time scale, changing small things, until you have some experience and confidence that you can tackle larger projects.

Not everyone "gets it" in the same way

Even though you've carefully designed your communications and training, you can't expect everyone to understand your message right away. Change managers who have a 100% coverage expectation have a tendency to blame the failure to attain 100% acceptance on the people who "don't get it." This is one way "resistance" takes hold. A blaming change effort leader helps create resistance.

Instead, offer alternative ways to understand the change and its implications, and offer these ways in multiple formats. Live sessions, handouts, Web sites, webcasts, videos, and even CDs or podcasts for commuting time. Do as much as you can. It's much cheaper to offer multiple messages in multiple formats than to deal with resistance, or worse — to have to start all over again a year from now, having failed the first time. It would indeed be nice if one single approach worked for everyone you needed to reach, but we just don't live in that corner of the Universe.

Not everyone "gets it" on your schedule

If you try to go faster than the people in the organization can, you risk creating unnecessary resistance. People get through Chaos at different rates. You can convey what you would like to have happen, but it's up to them to make it happen. Be flexible. Often, you might find it necessary to adapt your change plan as you discover what is actually happening in the organization.

People change for something better rather than to avoid something worse

Threats are fine for determining behavior, but they just don't create real change. Here are two approaches that don't work: "You had better do this, or it's your job." "If we can't figure out how to do this, we'll be out of business." Instead, realize that lasting change comes from within — from the heart, from the spirit. To create lasting organizational change, you must develop a vision of a better work life — a vision that people can really believe in.

Most change efforts require changes to organizational processes, and we have some great tools for representing processes. The tools are too good, though — we sometimes forget that processes have no physical manifestation. Processes are just ideas, and ideas exist only in our minds. So if a process is to change, what is in people's minds must change — their ideas about the processes, and how they, as people, relate to the processes and to each other.

You aren't in charge of anybody else's mind

If change efforts require changes in processes, and processes are just ideas, then you'll probably be tempted to try to change other people's ideas. Resist the temptation. You can't change anybody else's mind — only they can. You can provide information, vision, motivation, education, training, incentives, opportunity, resources, support, compassion, and anything else someone might need as they go through change, but only they can actually execute the change. Trying to change someone else's mind for them makes about as much sense as doing their exercise program for them.

Many change effort leaders feel that resistance is a bad thing, that it indicates failure to cooperate, or a poor change plan. It just isn't so. Resistance is wonderful. It shows that you're making some real progress.

Resistance isn't a problem — how we cope with resistance is often the problem. Make certain that your change plan accounts for resistance, and that you have a sense of where resistance will come from and what you can do about it. 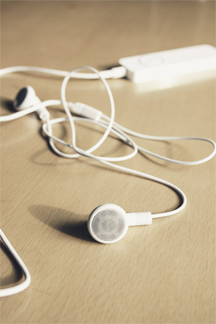 Although we know quite a lot about how to show people new ways, very little is known about how to make people forget old ways. The old ways will stay with the organization, no matter how tightly you try to constrain — or coerce — people to follow new paths.

This means that after you've educated everyone about the new ways of doing things, the old patterns are still there. And people are always free to fall back on the old ways. The most effective way to limit this behavior is to make the new ways so appealing and fun that people choose them over the old ways. How you do that depends on what you're changing and on your particular organizational culture. That's one reason why cookbook change processes don't work. Every case is unique.

One common approach to encouraging adoption of new ways is to provide "incentives." Typically, these are in the form of rewards of some kind, not necessarily intrinsically related to the new approaches. These "extrinsic" incentives tend to lose effect over time. A far more effective class of incentives involves designing the new approaches so that they're inherently appealing in themselves. Make them fun, elegant, and exciting. That is, in part, how the iPod and smartphones displaced the Walk-Man.

Space your changes to avoid collisions

If your organization is just beginning to move out of the Chaos of one change effort, and you zap it with a new Foreign Element from another change effort, you'll slow progress on the first change effort. Space things out to give the organization time to integrate and Practice previous changes. For more, see Piling Change Upon Change: Management Credibility.

Expect change to take longer than you expect

Finally, recognize that in your own mind, you've already made the change. You've thought it through, and you know where you want things to go. But nobody else has — well, hardly anybody. Getting everyone to move to where they will want to go will take time. And we always underestimate how long it takes. Always.

Are you managing a complex change effort in your organization? Are you running into more resistance than you ever dreamed possible? Through consulting or coaching, I can help you to:

Contact me to discuss your specific situation, by email at rbrenfPisQwhtshXzxJVvner@ChacUYLEiQVcXCoqJzufoCanyon.com or by telephone at (650) 787-6475, or toll-free at (866) 378-5470 in the continental US.
Reprinting this article

Bad boss, long commute, troubling ethical questions, hateful colleague? Learn what we can do when we love the work but not the job.
Change Project Stalled?

Are you managing a change effort that faces rampant cynicism, passive non-cooperation, or maybe even outright revolt?
Flooded by Email?

So buried in email that you don't even have time to delete your spam? Learn how to make peace with your inbox.
Toxic Conflict Is Costly

Fed up with tense, explosive meetings? Are you the target of a bully? Learn how to make peace with conflict.
What People Say About Rick's Programs
Catalog of Services
If your teams don't yet consistently achieve state-of-the-art teamwork, check out this catalog. Help is just a few clicks/taps away!
Are your technical presentations off target?

Audiences at technical presentations, more than most, are at risk of death by dullness. Spare your audiences! Captivate them. Create and deliver technical presentations with elegance, power and suspense.
Full list of my publications
Ebooks, booklets and tip books on project management, conflict, writing email, effective meetings and more.