Andrew stopped outside Jane's door and knocked on the doorframe. Her back to him, studying her screen, Jane must have somehow recognized Andrew's knock. "Andrew," she said without looking up. "One sec." 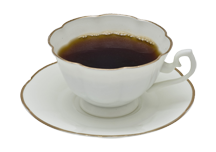 She half-stood, still holding the mouse and staring at the screen. Then she clicked, stood up straight, and turned to face him. "OK," she said. "Where to?"

They walked silently to the elevator, rode it to One, crossed the lobby, went out into the brilliantly sunny courtyard, and sat down at an empty umbrella table. Jane still had her coffee mug in hand. She sipped.

"This contract bothers me," Andrew began. "I'm a project manager. I don't know much about negotiating contracts. I'll probably do something dumb, but I'm not sure that's what bothers me."

Jane's insight isn't widely shared, but she does raise a critical point. Project managers who must monitor day-to-day performance of contracts they personally negotiated have a potential conflict of interest. Here are some of the ways this conflict can appear.

Is your organization running at peak performance? If not, sometimes the design of its job descriptions could be the culprit? For some novel ideas for elevating performance in your organization, check out my tips book 52 Tips for Leaders of Project-Oriented Organizations.

More articles on Ethics at Work:

Extrasensory Deception: II
In negotiating agreements, the partners who do the drafting have an ethical obligation not to exploit the advantages of the drafting role. Some drafters don't meet that standard.

Counterproductive Knowledge Workplace Behavior: II
In knowledge-oriented workplaces, counterproductive work behavior takes on forms that can be rare or unseen in other workplaces. Here's Part II of a growing catalog.

Full Disclosure
The term "full disclosure" is now a fairly common phrase, especially in news interviews and in film and fiction thrillers involving government employees or attorneys. It also has relevance in the knowledge workplace, and nuances associated with it can affect your credibility.

More Things I've Learned Along the Way: IV
When I gain an important insight, or when I learn a lesson, I write it down. Here's Part IV from my personal collection. Example: When it comes to disputes and confusion, one person is enough.

Red Flags: III
Early signs of troubles in collaborations include toxic conflict, elevated turnover, and anti-patterns in communication. But among the very earliest red flags are abuses of power. They're more significant than other red flags because abuses of power can convert any collaboration into a morass of destructive politics.