Gordon's fingers raced over the keys as he typed. He wasn't in a race, but the plan was finally coming clear in Gordon's mind, and the pieces were now fitting together as if they were meant to, like the pieces of a puzzle. He felt satisfied and thrilled. Then the phone rang, interrupting his flow.

Not his phone — Marcie's, in the cube across from his. He heard her pick up, and listened with interest. Marcie was divorcing, and Gordon was a mildly curious spectator. Married himself, he didn't think of her as a potential partner, but he was curious about divorce, and about how she was getting through it. Marcie's end of the conversation was clipped and cryptic — she probably knew that people were listening. She told the caller she would call back, and then left, probably headed for the conference room around the corner — the one everyone called "The Cone of Silence." Well, Gordon thought, not much learned here, and he went back to writing up his project plan. It would take him another ten minutes or so to get back in the flow.

Cubicles provide cheap office space. Cubicle-based architectures enable businesses to reconfigure spaces much more quickly than they can reconfigure walled spaces, and they support higher densities. From the point of view of Facilities Management, they make a lot of sense.

But compared with walled spaces, cubicles provide little acoustic isolation. People who do brain work experience interruption rates much higher than they would in environments that provide greater acoustic (and visual) isolation. High interruption rates increase the time required to accomplish complex thought tasks, and might even increase error rates, which raises the costs of rework.

Cubicles do provide facility cost savings, but they do so at the expense of increased project execution costs. 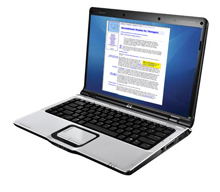 In-phase infrastructure investments
Organizations make infrastructure investments during quarters when Net Income looks good. For example, we wait until the record-setting quarter to upgrade our internal network architecture, to buy everyone new laptops, or to shut down half of the East-end elevators while we upgrade the motors and software. One effect of such "in-phase" infrastructure investments is that the inevitable disruptions that accompany them arrive at a time when they can cause maximum revenue disruption.
Like infrastructure investment, new product development is often in phase with Net Income. Thus, the disruptions associated with infrastructure investment are often synchronized with major new product initiatives. Consequently, we've developed an impression that new product development is more difficult to manage than it actually is. There are indeed difficulties, but some of those difficulties arise not within the context of the project, but elsewhere in the organization — at the level of the organization responsible for timing infrastructure investment.
Failure to relocate
Many organizations have a heritage of acquisition. As one result of a series of acquisitions over a period of years, they have organizational elements at several sites scattered around the country or around the world. When these organizations work on product development projects, the project team itself can be apportioned across those sites, with critical expertise drawn from those locations that possess it. This situation has led to much research and interest in managing geographically dispersed teams.
We can improve how we manage dispersed teams, but collocated teams will probably be more effective than dispersed teams for the foreseeable future. To really improve the performance of dispersed teams, the best approach is to consolidate them — to relocate people so that the team is no longer dispersed.
Sometimes we fear that if we try to relocate people, they'll elect to leave the company instead, and sometimes, they will. But failure to deal with these problems effectively condemns our organizations to high costs, project delays, increased communication costs, and a higher incidence of shredded schedules. In some organizations, it's time to face the possibility that promises made at acquisition time about never relocating might have been mistakes. It might be necessary to find ways to reconfigure the company geographically to facilitate product development and improve time-to-market. That effort might cause some people to leave the organization.

In all three of these cases — cubicles, in-phase infrastructure investment, and geographic dispersion — one of the culprits is the typical accounting system, which fails to allocate accurately the full cost of facilities decisions, because it doesn't measure the cost of delays and disruptions throughout the organization. Accounting systems — even management accounting systems — were never designed for that purpose.

As our dependence on the telephone as a tool for business operations increases, we can expect that interruption rates due to telephone calls will also increase. Measuring the cost of interruptions of the thought processes of cubicle occupants is beyond the reach of typical accounting. Still, we can measure the frequency of telephone rings within the hearing of a typical cubicle occupant, and we can make estimates of the time lost to such interruptions.

If the accounting system did measure the total organizational cost of the infrastructure improvements, including the cost of project delays, justifying out-of-phase infrastructure investment would be much easier. To change the organizational perspective, begin by collecting historical data. Estimate the costs of project delays due to facilities improvement projects, and charge them to a facilities budget. This practice motivates development of a new approach to infrastructure investment, one in which we undertake improvements out of phase with Net Income.

To accomplish consolidation with a minimum of losses of key people is a difficult problem. Begin by honestly accounting for the cost of not solving it. Use these cost data to make a case for applying significant resources to a quick and effective relocation solution. Applying those resources in novel ways to provide financial support and to ease stress for the people who must relocate is the key to successful consolidation.

Ideally, these costs should be recognized as acquisition costs. If they are taken into account at acquisition time, the organization and its shareholders will have a more realistic picture of the financial value of the acquisition.

To achieve high levels of organizational performance, we must have cost data that reflect that performance. Allowing some functions to force other functions to bear costs without consequence enables those functions to make decisions that make local sense, and global nonsense.

Do you want to examine how operational functions contribute to project delays in your organization? Through assessment, consulting, or coaching, I can help you to:

Contact me to discuss your specific situation, by email at rbrenfPisQwhtshXzxJVvner@ChacUYLEiQVcXCoqJzufoCanyon.com or by telephone at (650) 787-6475, or toll-free at (866) 378-5470 in the continental US.
Reprinting this article

Bad boss, long commute, troubling ethical questions, hateful colleague? Learn what we can do when we love the work but not the job.
Full list of my publications
Ebooks, booklets and tip books on project management, conflict, writing email, effective meetings and more.
Order the Combo Package!

Save a bundle and even more important save time! Order the Combo Package and download all ebooks and tips books at once.
Are You an Ace at What You Do?
Exchange your "personal trade secrets" — the tips, tricks and techniques that make you an ace — with other aces, anonymously. Visit the Library of Personal Trade Secrets.
Travel Like the Pros

Are your business trips long chains of stressful misadventures? Have you ever wondered if there's a better way to get from here to there relaxed and refreshed? First class travel is one alternative, but you can do almost as well (without the high costs) if you know the tricks of the masters of 21st-century e-enabled business travel…
Catalog of Services
If your teams don't yet consistently achieve state-of-the-art teamwork, check out this catalog. Help is just a few clicks/taps away!
Are You Mired in Meetings?

Learn how to make meetings more productive — and more rare.
Are your technical presentations off target?

Fed up with tense, explosive meetings? Are you the target of a bully? Learn how to make peace with conflict.