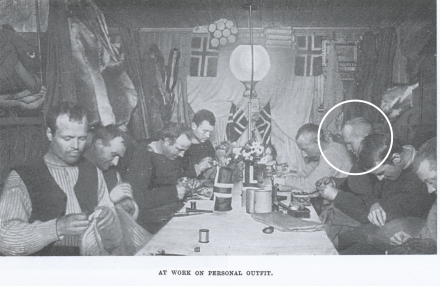 these situations, there are at least four roles. The Aggressor initiates the abusive behavior. The Target is the object of the Aggressor. The Lead has formal responsibility for maintaining decorum. Bystanders are present, but in any given incident, they aren't Targets. Often, multiple people occupy these roles, and sometimes an individual might play more than one role. But for simplicity let's assume that each person plays only one role. And I'll assume, dear reader, that you've been either a Target or a Bystander.

To end the abuse, Targets and uncomfortable Bystanders turn first to the Lead. Often, they learn that the issue is already being addressed. But what are their options if the Lead doesn't feel responsible for dealing with these issues? Or what if the Lead is unable to deal with the problem, because of incompetence or fear or whatever — what then?

If abuse is part of the culture, dealing with each Aggressor individually is of little use, because there are so many other Aggressors. On the other hand, if the Aggressor's behavior is unusual in the organizational culture, progress is possible. I'll address the cultural problem in a future issue. For now, let's examine the case in which abuse isn't part of the cultural pattern.

Let's suppose further that the Aggressors don't see their behavior as abusive, or if they do, they either don't care, or they haven't responded to private intervention. Now what?

The guiding principle is Do No Harm. In this Part I, let's first address what you cannot do.

This picture might seem bleak. I'm offering no magic solutions to these performance issues. But it's important to recognize that dealing with performance issues is the responsibility of supervisors, not colleagues. If you try to insert yourself into the supervisor-subordinate relationship, you will most likely complicate the problem.

Next time, we'll examine tactics you can use for the meeting itself.  Next in this series

Is a workplace bully targeting you? Do you know what to do to end the bullying? Workplace bullying is so widespread that a 2014 survey indicated that 27% of American workers have experienced bullying firsthand, that 21% have witnessed it, and that 72% are aware that bullying happens. Yet, there are few laws to protect workers from bullies, and bullying is not a crime in most jurisdictions. 101 Tips for Targets of Workplace Bullies is filled with the insights targets of bullying need to find a way to survive, and then to finally end the bullying. Also available at Apple's iTunes store! Just . Order Now!

Communication Templates: I
Some communication patterns are so widely used that nearly everyone in a given cultural group knows them. These templates demand certain prescribed responses, and societal norms enforce them. In themselves, they're harmless, but there are risks.

Rope-A-Dope in Organizational Politics
Mohammed Ali's strategy of "rope-a-dope" has wide application. Here's an example of applying it to workplace politics at the organizational scale.

When Somebody Throws a Nutty
To "throw a nutty" — at work, that is — can include anything from extreme verbal over-reaction to violent physical abuse of others. When someone exhibits behavior at the milder end of this spectrum, what responses are appropriate?

Ethical Debate at Work: I
When we decide issues at work on any basis other than the merits, we elevate the chances of making bad decisions. Here are some guidelines for ethical debate.

Unresponsive Suppliers: II
When a project depends on external suppliers for some tasks and materials, supplier performance can affect our ability to meet deadlines. How can communication help us get what we need from unresponsive suppliers?