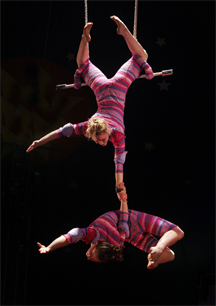 George sat very still, withholding comment on what Trish had just said. She sipped her coffee and waited patiently for the idea to sink in. Trish knew that he would have difficulty accepting that the people in his organization didn't trust each other, and that they didn't trust him. And she knew that he wouldn't run away from the truth. So she waited.

George now sipped his coffee. He set the cup down, laced his fingers together, looked at his hands for a while, and sighed. Then he turned to Trish.

"I think I understand," he began. "People CC me on so many emails because they're trying to write a 'transcript' of their activities, so nobody can attack them later for not doing the job. Right?"

"Almost," said Trish. "Some expect you to defend them later, on the basis of the 'transcript.'"

Trish continued, "And some believe that since you saw the messages, you're now responsible, too, if they've made some bad calls."

"Right." George winced again. "And it doesn't matter that I get so many messages that I can't read them?"

"Right," said Trish. "It's a cultural problem. It's about Trust. But it's the same in International. It's no different in my patch."

Addressing the problem begins with understanding how people cope.

Preemptive defense
The preemptive defense, or "CYA," entails creating explanations or excuses intended to defuse any possible later attack from a colleague. Usually it takes a verbal form — a statement, a memo, or an email message — and serves no productive purpose.
The costs of preemptive defenses include not only the effort required to create them, but also the time and effort required to read or hear them. In meetings, the preemptive defense can be very expensive, wasting time for all who attend.
Preemptive attack
The preemptive attack is intended to head off perceived threats from those we distrust. By limiting their ability to harm, we hope to defend against whatever we fear.
This tactic leads to lower productivity for both the attacked and the attacker, and sometimes for bystanders, in two ways. Through the distraction and harm it causes, it interferes with getting work done. And attacks can actually disable those attacked, limiting their ability to exercise influence, even for legitimate purposes.

More Indicators of Scopemonging
Scope creep — the tendency of some projects to expand their goals — is usually an unintended consequence of well-intentioned choices. But sometimes, it's part of a hidden agenda that some use to overcome budgetary and political obstacles.

Conflicts of Interest in Reporting
Reporting is the process that informs us about how things are going in the organization and its efforts. Unfortunately, the people who do the reporting often have a conflict of interest that leads to misleading and unreliable reports.

Extrasensory Deception: II
In negotiating agreements, the partners who do the drafting have an ethical obligation not to exploit the advantages of the drafting role. Some drafters don't meet that standard.

When the Answer Isn't the Point: I
When we ask each other questions, the answers aren't always what we seek. Sometimes the behavior of the respondent is what matters. Here are some techniques questioners use when the answer to the question wasn't the point of asking.