Certain that her point about the new risks was clear, Caitlin advanced to the next slide. But when she was less than 20 words into describing the contingency plan, Warner interrupted her. She knew she was now officially in trouble. 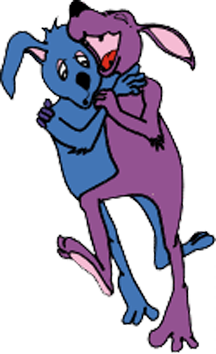 "Not so fast my dear," he began. "Let's go back to that risks slide. I want to hear again whatever it is you're trying to say."

Caitlin knew Warner's tricks. She let the "my dear" go by, because she'd seen him rattle others before and she was determined to keep her mind clear.

"Absolutely," she said with a smile, pressing the left arrow to go back one slide. "We can spend as long on this slide as you think you need."

The room was now very quiet, as everyone waited for Warner's response. Engaging with Warner like that was a gutsy move, but Caitlin knew that folding up would only have invited even more abuse.

Warner and Caitlin are doing the "condescension cha-cha" — or at least, a couple of the steps. Warner's "my dear" and "whatever it is you're trying to say" are attempts to elevate himself while he denigrates Caitlin. And Caitlin's "as long…as you think you need" is a response in kind.

In the workplace, anyone can engage in condescension — you don't have to be more powerful than the people you're being condescending to. All that's required is a willingness to elevate yourself while putting down others. For instance, a low-ranking engineer who's a technical expert can remark to a director of marketing, "Yes, as I've already explained, we could do as you suggest — if we want to make the project another year later and alienate the other half of our customer base."

Dealing with a condescending remark entails making a choice. Options include escalation, confrontation, retreat, looking the other way, responding in kind, or, as Caitlin did, combining two or more of these. The choice you make depends in part on your own strength and on what you think drives the condescension. We'll examine these options next time.

Condescension is one form indirectness can take. For more on indirectness see "The True Costs of Indirectness," Point Lookout for November 29, 2006.

Interviewing the Willing: Strategy
At times, we need information from each other. For example, we want to learn about how someone approached a similar problem, or we must interview someone about system requirements. Yet, even when the source is willing, we sometimes fail to expose critical facts. How can we elicit information from the willing more effectively?

Interrupting Others in Meetings Safely: III
When we need to interrupt someone who's speaking in a meeting, we risk giving offense. Still, there are times when interrupting is in everyone's best interest. Here are some more techniques for interrupting in situations not addressed by the meeting's formal process.

Barriers to Accepting Truth: I
In workplace debates, a widely used strategy involves informing the group of facts or truths of which some participants seem to be unaware. Often, this strategy is ineffective for reasons unrelated to the credibility of the person offering the information. Why does this happen?

When You Feel Attacked
Verbal attacks might be upsetting, but in creative conflicts they're usually permissible if related to substantive matters. When verbal attacks are personal, they can be unfair and illegitimate. The ability to recenter yourself quickly is invaluable.