Jill heard a knock at the door. "Come in," she called. It was Troy, and he looked upset. If he felt like he looked, this would be his second "upset" visit in two days. Jill blanked her screen, turned to face Troy, motioned to the chair in front of her desk and said, "Please." 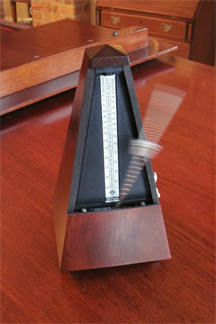 Jill had been optimistic at first — Metro­nome was her team's second project together and Daffodil had been very successful. Well, almost. With hindsight, Jill could see that Rachel and Troy had had some bumps over Daffodil. Now Metro­nome was becoming a disaster.

Jill had tried everything. She'd worked with Rachel alone, and with Rachel and each of the three others who'd had difficulty with her. Finally she had referred the whole mess up to HR. Nothing worked. Jill wanted to keep Rachel, because she understood the driver software, but not if it meant losing everyone else.

Ironically, Jill's solutions would all lead to the same outcome, because Rachel isn't the problem. For reasons unknown to Jill, transferring Rachel to another team would only create an unfilled conflict role that someone else would then fill. Here's why.

Early in Daffodil, Troy and Jim had been "at war." Jill had separated them by assigning Troy some work that Rachel wanted, but had never asked for, and assigning Rachel some work she hated, but had never objected to. Since Jill stuck with those assignments for Metronome, Rachel had been fuming privately for months. Now she was always irritable, regularly lashing out.

Rachel had placated — she hadn't expressed her discomfort to Jill. Troy and Jim had coped by blaming each other, and Jill had found a super-reasonable "peace" rather than working through everyone's issues, which continued to simmer. Rachel became the focus of the conflict, though she actually contributed only a small piece.

The focus of conflict
is often a role —
it can be filled
by anyoneRachel became the identified patient — the one who exhibited symptoms of pain that was caused by imbalance in the overall system. The team saw the problem as belonging to Rachel, even though four people played roles in creating and maintaining the problem.

Eventually, it all came apart for Jill's team. Rachel was reassigned, at great cost to her, to the team, and to Metronome. Jim and Troy were again working more closely together, and resumed their war. Jill was back to Square One — but now Metronome was late.

If you're inside the system, you probably can't tell what's really happening. Seeking outside assistance — from someone with a detached perspective, and the right skills — is your best hope. And the earlier you do it, the easier it will be.

The Good, the Bad, and the Complicated
In fiction and movies, the world is often simple. There's a protagonist, a goal, and a series of obstacles. The protagonists and goals are good, and the obstacles are bad. Real life is more complicated.

Agenda Despots: II
Some meeting chairs crave complete or near-complete control of their meeting agendas. In this Part II of our exploration of their techniques, we emphasize methods for managing unwanted topic contributions from attendees.

Toxic Conflict in Teams: Attacks
In toxic conflict, people try to resolve their differences by eliminating each other's ability to provide opposition. In the early stages of toxic conflict, the attacks often escape notice. Here's a catalog of covert attack tactics.

My blog, Technical Debt for Policymakers, offers resources, insights, and conversations of interest to policymakers who are concerned with managing technical debt within their organizations. Get the millstone of technical debt off the neck of your organization!
Webmasters: Add Value to Your Site!
Pick up the HTML to link to this article in a choice of formats.
Toxic Conflict Is Costly

Fed up with tense, explosive meetings? Are you the target of a bully? Learn how to make peace with conflict.
Love the Work But Not the Job?

Bad boss, long commute, troubling ethical questions, hateful colleague? Learn what we can do when we love the work but not the job.
Reader Comments About My Newsletter
A sampling:
Especially for Leaders

Are your project teams plagued by turnover, burnout, and high defect rates? Turn your culture around.
Full list of my publications
Ebooks, booklets and tip books on project management, conflict, writing email, effective meetings and more.
Order the Combo Package!