Here's Part Two of a little catalog that's both entertaining and enlightening. Check out Part One too.

For learning about
project management,
film is probably
the best thing next
to actual experience

Twelve Angry Men
The jury retires to deliberate, and right away it's 11-1 to convict, but one dissenter gradually brings the rest around. Watch it for the drama, or watch it to learn something about groupthink, leadership, team conflict, and team dynamics. Dir: Sidney Lumet. Lee J. Cobb, Henry Fonda, and many more greats. 1957. DVD: 96 min. Order from Amazon.com.
The Flight of the Phoenix 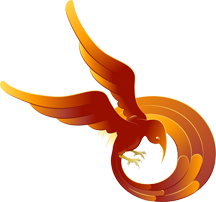 A planeload of oil workers crashes in the Sahara, and struggles to find a way to survive and to get help. Even today, this is a great adventure film, but watch it a second and third time, and more, to learn about organizational change, leadership, problem solving and team dynamics. Dir. Robert Aldrich. James Stewart, Richard Attenborough. 1965. VHS: 147 min. Order from Amazon.com.
The Wizard of Oz
Several times in this classic, we see the consequences of failing to nail down requirements. Still, because the team is so cohesive, it survives even these repeated surprises. Dir: King Vidor, Victor Fleming. Judy Garland, Frank Morgan. 1939. DVD: 101 min. Order from Amazon.com.
Mr. Blandings Builds His Dream House
Here's a look at scope creep from another angle: rather than greed, we can see other causes such as unanticipated problems, lack of focus, and poor management of the team. Dir: H.C. Potter. Cary Grant, Myrna Loy. 1948. DVD: 94 min. Order from Amazon.com.
The Bridge on the River Kwai
Here's a great example of getting so lost in the work that we can forget what's really important. Also a study of the tension between managing the team with respect for their humanity, and managing them by force and coercion. Dir: David Lean. William Holden, Alec Guinness. 1957. DVD: 161 min. Order from Amazon.com.
Witness
A cop thriller set in Amish country, the plot winds its way through the Amish community. We get telling glimpses of the connection between team and community, and in one marvelous sequence showing a barn raising, we see how important team and community really are. But all through the film we see examples of the importance of roles and the inherent value of all roles. Dir: Peter Weir. Harrison Ford, Kelly McGillis. 1985. DVD: 112 min. Order from Amazon.com.
Ground Hog Day
Ever have that feeling you've been here before and can't seem to get out? Here's a hilarious fantasy that shows you a vast array of approaches for dealing with the same situation in new ways. Dir: Harold Ramis. Bill Murray, Andie MacDowell. 1993. DVD: 101 min. Order from Amazon.com.

If you have suggestions for other entries in this catalog, please send them along. But if you want to pitch an idea for a film about project management, I'll call Security. First in this series

Anonymous
Thanks for the tips. I was looking for films for our boy scout troop.
How about The Great Escape? Teamwork, coordination, planning, sabotage, the loose cannon doing his own thing (Steve McQueen) [Order from Amazon.com].
Rick: Good one! (though fictionalized, as many are). By the way, in the end, the loose cannon did join the team — by escaping (at the behest of the "project manager") to do reconnaissance, and then letting himself be caught. Even before that, the "project manager" let him do his own thing, because the absence of any escape activity at all would have appeared suspicious. (If I recall correctly, that is) One other thought made clear in The Great Escape: the project manager asked team members to do what they did best.
Anonymous: You are of course correct about the loose cannon, the sacrifice he made, the "project manager" using each members' special skills. By the way, another friend suggested Master and Commander too. [Order from Amazon.com] The ship as the perfect machine, a blending of men and "technology". It is a movie about complex relationships between men (not guys, so common today) and a glorious (and bloody, dirty, ugly) exploration of duty, leadership, sacrifice, responsibility, and…relaxation. An especially important point is the delicate dance to correctly gauge discipline (of absolute importance), punishment, and leniency.

Who Would You Take With You to Mars?
What makes a great team? What traits do you value in teammates? Project teams can learn a lot from the latest thinking about designing teams for extended space exploration.

Wacky Words of Wisdom
Words of wisdom are so often helpful that many of them have solidified into easily remembered capsules. We do tend to over-generalize them, though, and when we do, trouble follows. Here are a few of the more dangerous ones.

Speak for Influence
Among the factors that determine the influence of contributions in meetings are the content of the contribution and how it fits into the conversation. Most of the time, we focus too much on content and not enough on fit.

Down in the Weeds: II
To be "down in the weeds," in one of its senses, is to be lost in discussion at a level of detail inappropriate to the current situation. Here's Part II of our exploration of methods for dealing with this frustrating pattern so common in group discussions.

Congruent Decision Making: II
Decision makers who rely on incomplete or biased information are more likely to make decisions that don't fit the reality of their organizations. Here's Part II of a framework for making decisions that fit.

My blog, Technical Debt for Policymakers, offers resources, insights, and conversations of interest to policymakers who are concerned with managing technical debt within their organizations. Get the millstone of technical debt off the neck of your organization!
Webmasters: Add Value to Your Site!
Pick up the HTML to link to this article in a choice of formats.
Reader Comments About My Newsletter
A sampling:
Love the Work But Not the Job?

Bad boss, long commute, troubling ethical questions, hateful colleague? Learn what we can do when we love the work but not the job.
Are You Mired in Meetings?