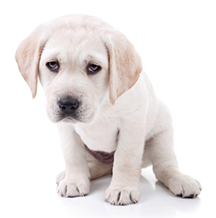 Geoff picked up the last hamachi and ate it. He felt a twinge of guilt — normally he would have offered it to Julie, but he thought she would understand, given what had just happened in the morning meeting. He was right — she didn't even notice. Instead, she set down her teacup and looked at Geoff.

"At least you could've waited until the others left," she said. "Then we would have avoided a scene."

Geoff was exasperated. "What should I have done? Let him call me an ignorant fool? I know this protocol better than anyone in that room!"

Julie sighed. "He didn't call you an ignorant fool. All he said was, 'Have you read the protocol?' He used a presupposition, and you fell for it."

On the surface, "Have you read the protocol?" is an innocent question. But because it presupposes that Geoff displayed ignorance, it's a sneaky way of saying, "You're an ignorant fool."

Here are some tips for dealing with presuppositions [Brenner 2006a]

Even though you can't control others, you can control your own tactics. If you tend to use unfair presuppositions — emphasis on if — what can you do instead?

More articles on Ethics at Work:

When You're Scared to Tell the Truth
In the project context, we need to know that whatever we're hearing from colleagues is the truth as they see it. Yet, sometimes we shade the truth, or omit important details. Here's a list of some of the advantages of telling the truth.

On Reporting Workplace Malpractice
Reporting workplace malpractice can be the right thing to do. And it's often career-dangerous. Here are some risks to ponder before reporting what you know.

Multi-Expert Consensus
Some working groups consist of experts from many fields. When they must reach a decision by consensus, members have several options. Defining those options in advance can help the group reach a decision with all its relationships intact.

On Repeatable Blunders
When organizations make mistakes, they sometimes acknowledge them and learn how to avoid repeating them. And sometimes they conceal them or even deny they happened. When they conceal mistakes or deny they occurred, repetition is more likely.

My blog, Technical Debt for Policymakers, offers resources, insights, and conversations of interest to policymakers who are concerned with managing technical debt within their organizations. Get the millstone of technical debt off the neck of your organization!
Webmasters: Add Value to Your Site!
Pick up the HTML to link to this article in a choice of formats.
Articles
about communications
More articles about person-to-person communication!
Especially for Leaders

Are your project teams plagued by turnover, burnout, and high defect rates? Turn your culture around.
Change Project Stalled?