When deciding whether to adopt a goal, groups sometimes fall into destructive conflict between those who want the group to commit to the goal (the advocates) and those, less willing, who want to know more about how the group can achieve that goal (the skeptics). Because the skeptics often express their concerns by asking "How?", the debate about whether to commit to the goal can descend into inappropriate problem-solving.

Here are some common reasons for the differences between advocates and skeptics. 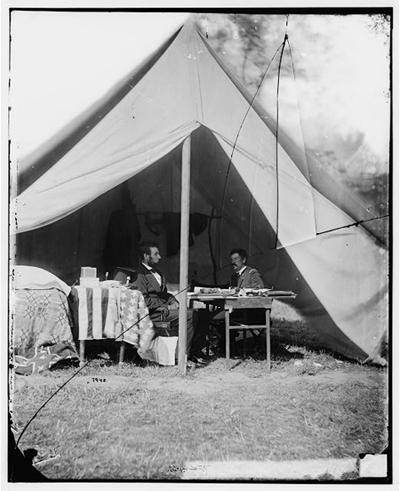 Tolerance for failure
The decision to adopt the goal often requires a commitment to the goal long before a path to success becomes clear. For some, the possibility of insurmountable obstructions yet unrecognized creates internal tension. For others, trying and failing can be very costly emotionally. To reduce the tension about possible obstructions, or to limit the risk of failure, some people ask the How question.
Tolerance for the unknown
Even if all obstacles are eventually overcome, the cost of overcoming them, and the time required, might be unknown at the outset. Cost and schedule are just two of the unknowns. Other examples: Who do we need to help us? What do we have to learn? What resources are required?
Tolerance for conflict
Sometimes striving for the goal entails conflict with people. Conflict can be creative or toxic, but even if it's creative, healthy, and constructive, some people are unwilling to engage in it. Perhaps they've had experiences that suggest to them that the coming conflict will be unhealthy. In any case, some people are unwilling to commit to the goal if they anticipate conflict.
Unfamiliarity with the problem space
For some, general unfamiliarity with the problem space or the problem itself can be troubling. To cope with this, they seek to manage the overall risk of approaching the problem by demanding information that might not be available. If the information is forthcoming, they feel comforted. If not, they argue for rejecting the proposal.
Hat hanging
Some people make For some, general unfamiliarity
with the problem space or the
problem itself can
be troublingconnections — usually outside their awareness — between the current situation and some other situation they've known. If that other situation was painful or didn't turn out well, they might feel hesitant to commit to the proposed goal. This can lead them to ask the How question, demanding more details than they might otherwise require.
Toxic politics
Some are skeptical because they see adoption as a threat to their narrow political interests. By asking the How question, and demanding clarity at a level of detail that isn't available, they hope to dissuade the group from pursuing the goal.

Advocates of the goal can experience frustration when repeatedly restrained by the skeptics. If the group can distinguish skepticism from problem solving, it can keep tension from building, and focus on Whether, instead of How.

Abraham, Mark, and Henny
Our plans, products, and processes are often awkward, bulky, and complex. They lack a certain spiritual quality that some might call elegance. Yet we all recognize elegance when we see it. Why do we make things so complicated?

Unintended Consequences
Sometimes, when we solve problems, the solutions create new problems that can be worse than the problems we solve. Why does this happen? How can we limit this effect?

The Paradox of Structure and Workplace Bullying
Structures of all kinds — organizations, domains of knowledge, cities, whatever — are both enabling and limiting. To gain more of the benefits of structure, while avoiding their limits, it helps to understand this paradox and learn to recognize its effects.

Tackling Hard Problems: II
In this Part II of our look at solving hard problems, we continue developing properties of the solution, and look at how we get from the beginning to the end.

Conway's Law and Technical Debt
Conway's Law is an observation that the structures of systems we design tend to replicate our communication patterns. This tendency might also contribute to their tendency to accumulate what we now call technical debt.