Jordan peeked into Stephanie's office, and felt relief when he saw that she was in, sitting as usual with her feet up on her desk, talking into her headset. She waved him in and pointed to a chair. He sat. 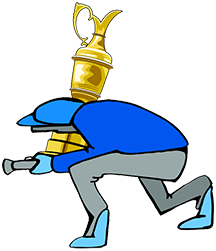 As he waited, Stephanie smiled at him, then rolled her eyes as she wagged her head back and forth, indicating with her usual good humor that the person at the other end of the phone was droning on, and that she had to wait for it to end. Mercifully, it ended after only a minute, and she clicked off. Pulling off her headset, she punched "Do Not Disturb" on the phone. Jordan got up, closed the door, and sat down again. It was becoming their routine.

Stephanie took a pull from the water bottle next to the phone. "OK, spill."

Jordan began, "Joseph lied to Emmons about who did the estimates, and now every time Emmons asks Joseph a question, he tells him 'I'll get back to you,' and then he asks me. I'm sick of this. More than sick."

Credit appropriation
is the trademark of
the unsophisticated operator"Just now I find out that Joseph misunderstood Emmons' problem with Marigold's budget, so my latest version wasn't what Emmons wanted. Now Joseph is blaming me."

Jordan is entangled in the consequences of a tactic I call Credit Appropriation. In Credit Appropriation, the appropriator (in this instance, Joseph) takes credit for the work of the target (Jordan), who's usually a subordinate or someone who is or feels vulnerable.

Since credit appropriation is the most obvious, least effective, and perhaps the most common of all political maneuvers, it's the trademark of the unsophisticated operator. Still, it hurts. Here are some tips to keep in mind if an Appropriator targets you.

Be aware
Even if you haven't yet been targeted, the Appropriator will likely get around to you, eventually. Notice patterns of appropriation, not only from your peers, but from the Appropriator's peers, too. Awareness is preparedness.
Watch for blowback
What can be taken can be returned. If the "credit" turns negative, the appropriator is likely to blame you. Resist making modifications or doing any follow-ons to the appropriated work, since these activities can lead to trouble. This is what happened to Jordan.
Complexity is your friend
Seed your work with complexities and nuance that you alone understand. Eventually, the complexity will compel the Appropriator to reveal the work's true author. If the complexity is evident enough, it might even deter appropriation altogether.

Credit Appropriation is the first item in my catalog of Devious Political Tactics — more are coming. Have you found yourself in this situation? Or others? Tell me your story. Making these tactics public — and giving them names — is perhaps the best way to prevent their use.

Lateral Micromanagement
Lateral micromanagement is the unwelcome intrusion by one co-worker into the responsibilities of another. Far more than run-of-the-mill bossiness, it's often a concerted attempt to gain organizational power and rank, and it is toxic to teams.

Devious Political Tactics: More from the Field Manual
Careful observation of workplace politics reveals an assortment of devious tactics that the ruthless use to gain advantage. Here are some of their techniques, with suggestions for effective responses.

The Perils of Novel Argument
When people use novel or sophisticated arguments to influence others, the people they're trying to influence are sometimes subject to cognitive biases triggered by the nature of the argument. This puts them at a disadvantage relative to the influencer. How does this happen?

Backstabbing
Much of what we call backstabbing is actually just straightforward attack — nasty, unethical, even evil, but not backstabbing. What is backstabbing?

Judging Others
Being "judgmental" is a stance most people recognize as transgressing beyond widely accepted social norms. But what's the harm in judging others? And why do so many people do it so often?

Coming December 7: Reaching Agreements in Technological Contexts
Reaching consensus in technological contexts presents special challenges. Problems can arise from interactions between the technological elements of the issue at hand, and the social dynamics of the group addressing that issue. Here are three examples. Available here and by RSS on December 7.

And on December 14: Straw Man Variants
The straw man fallacy is a famous rhetorical fallacy. Using it distorts debate and can lead groups to reach faulty conclusions. It's ad readily recognized, but it has some variants that are more difficult to spot. When unnoticed, trouble looms. Available here and by RSS on December 14.