We need not be placid victims of devious political operators at work. And we need not respond in kind. We can often disable their tactics before they harm anyone. 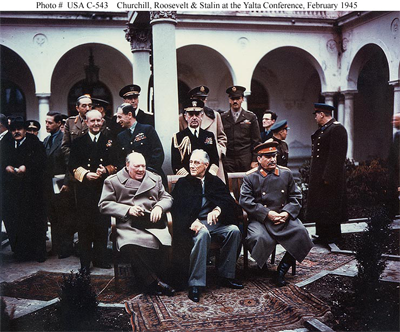 Here's another installment of devious political tactics, with suggestions for ethical, effective responses.

The Dunning-Kruger defense
The operator who's aware of the Dunning-Kruger Effect can deliver important and perfectly sound information in a halting, circumspect manner. [Kruger 1999] By arousing in the recipient doubt about the validity of the information, the operator limits the likelihood of the recipient acting on it, while simultaneously providing evidence that the information was indeed delivered. If the recipient later charges that the operator failed to deliver the information, or conveyed a false impression, the operator can claim that the information was delivered with the care it deserved. Some operators actually transfer responsibility to the recipient by suggesting that the recipient learn about the Dunning-Kruger effect, to prevent future errors.
Learn about the Dunning-Kruger effect. When you suspect this tactic, ask the operator directly, "What's your level of confidence in this information?"
Improvised explosive devices
In asymmetric warfare, improvised explosive devices (IEDs) are usually buried under roadways or hidden in street litter. Similarly, in politics, assets intended to harm targets must sometimes be concealed to be effective. For instance, the operator might conceal knowledge that a critical component supplier is about to enter bankruptcy. Or the operator might display or profess indifference toward a prize to convince the target that the prize is unimportant, and to conceal the operator's own plans to seize the prize. With IEDs, the goal is to induce targets to drop their guard, to give the operator a free hand for a time.
When you notice that someone known for ruthlessness displays a puzzling indifference to an asset, search for IEDs.
Exploiting the Zebra Effect
The Zebra Effect arises When you notice that someone known
for ruthlessness displays a puzzling
indifference to an asset,
search for IEDswhen we have so many items to track that their sheer number reduces our ability to address them. Operators intent on demonstrating their target's incompetence can exploit the Zebra Effect by first deluging the target with irrelevant, distracting demands, and finally assigning something really important with a tight deadline. The target, overwhelmed, might not notice the important task, but even if that task is noticed, the target's attention is already saturated. The substandard performance that follows is a result of the operator's actions, rather than the target's, but the operator can usually contend that the target is incompetent.
When you receive assignments, the first step is determining their priority. If you have any doubt about priority, ask the operator directly for guidance.

[Kruger 1999]
Justin Kruger and David Dunning. "Unskilled and Unaware of It: How Difficulties in Recognizing One's Own Incompetence Lead to Inflated Self-Assessments," Journal of Personality and Social Psychology, 77:6 (1999), 121-1134. Available here. Back

Is It Blame or Is It Accountability?
When we seek those accountable for a particular failure, we risk blaming them instead, because many of us confuse accountability with blame. What's the difference between them? How can we keep blame at bay?

Pariah Professions: I
In some organizations entire professions are held in low regard. Their members become pariahs to some people in the rest of the organization. When these conditions prevail, organizational performance suffers.

Unanswerable Questions
Some questions are beyond our power to answer, but many of us try anyway. What are some of these unanswerable questions and how can we respond?